This time last year we were in Munich, Putzbrunn to be precise, paying a visit to one of our long-standing suppliers at their headquarters: Truma. The company was founded by Philipp Kreis in 1949 and over the past 70 years has achieved international success while remaining a family business. The name Truma is synonymous with heating for all motorhome owners across Europe. Today, Truma is a supplier of heating systems, air conditioners, water heaters, manoeuvring aids and gas supplies for recreational vehicles.

We are going to take you on a tour of the company’s production processes and its state-of-the-art headquarters, but first it is definitely worth looking at its rich history full of interesting anecdotes.

It all began in 1949, when Philipp Kreis opened a language school in Munich after returning from the war. It was difficult to hold evening classes because of the scarcity of electricity after the war, so he had the idea of creating a gas lamp which he assembled in his living room. His lamp could be used with all types of combustible gases, and with it, Kreis solved the problem of lighting in rooms without electricity.

The demand was so great that he soon started to produce and market the lamps in large quantities.  On 27 October, he registered his business under the name ‘Truma’. He had chosen this name in honour of the then-US President Harry S. Truman whom he had admired for his support of the economic reconstruction of Germany. As things progressed, the language teachers at his school eventually stopped teaching and concentrated on the development and production of lamps.

The years to come would see a succession of innovative ideas:

In 1954 came the first Truma radiator, a gas-powered heater, which was also suitable for use in the home and in motor vehicles, thanks to its exhaust system.

In 1961, Philipp Kreis developed the first officially recognised caravan heater, the Truma-matic, and with it, finally made winter camping possible.

From 1963 to the present day, the characteristic flame circle has accompanied the Truma logo in its development.

In 1972, Truma decided to set up its own service department so they could offer customers service directly at campsites throughout Germany, something that was unprecedented.

2007 saw Truma bring a new generation of heaters onto the market, the Combi range. The appliances offer all-in-one heating and hot water, and boast an extremely high efficiency of up to 97%. In 2011, Truma launched the Aventa comfort, their first foray into the recreational vehicle roof-mounted air conditioning market for the first time.

During our visit, we had the opportunity to take a tour of the entire campus. Our tour started with the so-called Round Building, whose round shape (as well as the logo) recalls the surname of the company founder, Kreis, which means ‘circle’ in German. The building houses the administrative, sales, business development, product management, marketing and customer service offices. It is also equipped with advanced technology, and open and pleasant spaces that promote a flexible working style. The very special ‘cottages’ serve as a reference to the world of caravans and give a touch of originality to the campus.

CTI – CENTRE FOR TECHNOLOGY AND INNOVATION

Built in 2005 with the aim of providing its employees with a creative framework for the development of new ideas, it houses the research and development, workshop, purchasing and IT departments.

The two production lines can turn out up to 600 Combi heaters per day. Production is fully automated. Five robots are used to load the production cell, which guarantee short cycle times, maximum route precision and energy efficiency.

The products are transported from the warehouse to the various production levels by the AGV (Automated Guide Vehicle) system, which has a load capacity of 500 kg. The warehouse has a capacity of 3,500 spaces in 5 aisles.

There is a workshop in the service centre for the assembly and repair of Truma equipment as well as a modern training centre for dealers, service partners, importers and employees.

When we arrived at the company that morning, we noticed something unusual at the entrance. Right underneath Philipp Kreis’s portrait were a hundred or so very tempting doughnuts! Our curiosity peaked, we asked for an explanation and were told that this was a tradition that Mr Kreis himself had started in the 1960s. To celebrate Mardi Gras, he used to bring doughnuts to the company for all his employees. The number of employees might have increased by a few hundred since then, but the Kreis family has continued the tradition to this day.

Unfortunately, the Forum, which houses the canteen, logistics and customer shop and the museum were being renovated at the time of our visit. A pity, but also the perfect pretext for a return visit to Putzbrunn once the works are completed. And of course, we will document everything for you!

All Rimor models are equipped with Truma Combi, heaters together with the CP Plus digital control unit, which we chose to supply as standard. Thanks to the CP Plus control unit, you can easily and comfortably regulate both the ambient and water temperatures in the motorhome. If both a Truma air conditioner and a Combi heater are installed, the automatic air conditioning function automatically regulates the temperature in the vehicle, regardless of whether it is hot or cold outside.

Another device that we offer as standard on all our models is the Truma MonoControl CS, a gas pressure regulator with crash sensor for single-bottle systems. The sensor allows you to warm up your motorhome safely, even while driving. 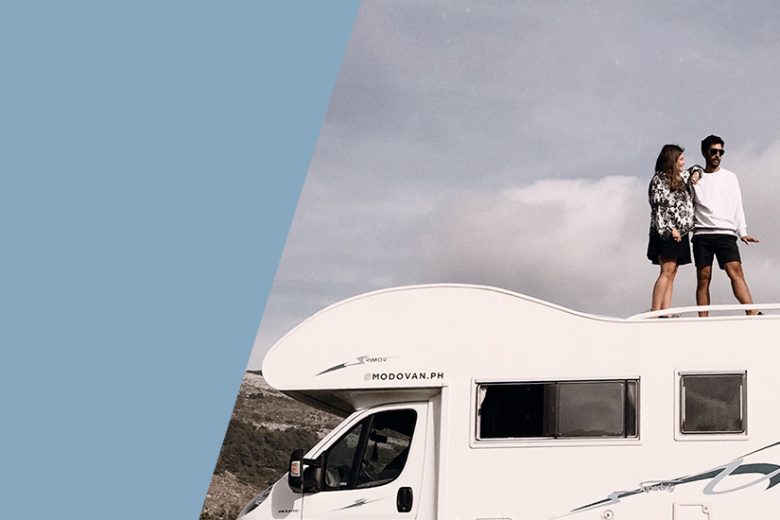 Rimor lovers from around the world: MODO VAN 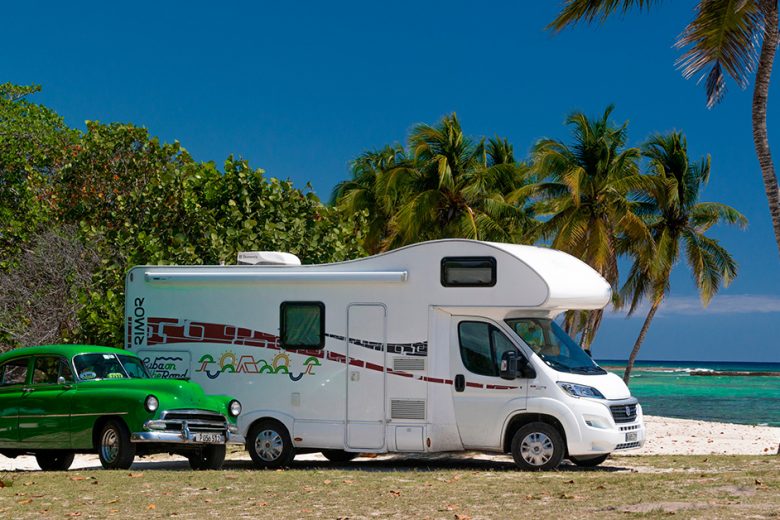